Why have we chosen Morzine for our Alpine adventure? 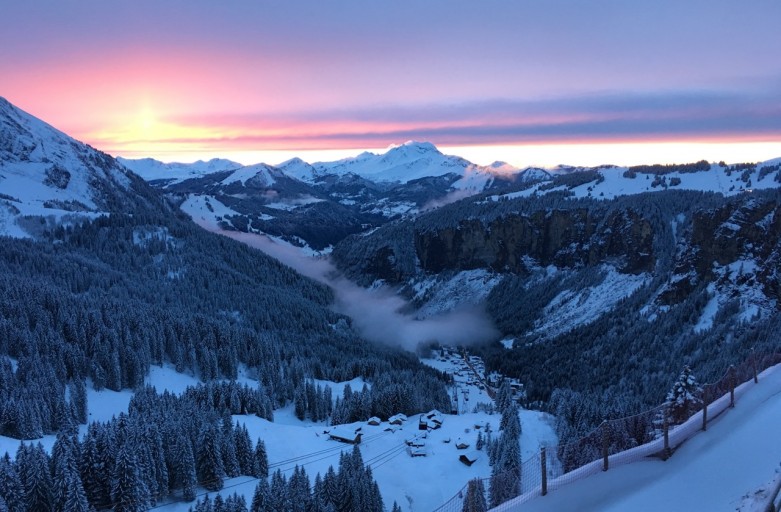 People keep asking us “Why Morzine?”. Well, we’ve spent many years mulling over where we’d go if we decided to move to the mountains and in all honesty, if there wasn’t anything or anyone else to consider, we’d probably be heading for another spell in the Canadian Rockies. In reality though, there’s a lot of other things to consider at this stage of our lives. With young kids, we want to be close enough to the UK and our friends and family to keep in touch and hopefully they’ll come and visit.

It is clear that location is a major factor for us and Morzine, which is in the Haute Savoie region of France, is at the very North West ‘corner’ of the Alps. It’s pretty much as close to home as it’s possible to be in an Alpine mountain resort. It takes about 9 hours to drive to Calais and a half hour trip on the Eurotunnel before driving out onto British soil and heading for home. In addition, it’s just over an hour’s drive to Geneva airport with multiple daily flights and no more than an hour and a half flight to Liverpool, Manchester or Leeds Bradford airports. Perfect! In terms of ski/boarding/biking terrain, Morzine is part of the massive Portes Du Soleil ski area which is made up of 12 linked resorts serviced by 199 lifts on 1 lift pass! Plenty for us to go at for a couple of years. If that wasn’t enough, the Grand Massif area including Flaine, Samoens and Les Carroz is just down the road as well as Chamonix if we need something a bit more extreme!

A huge motivation for this move is the positive experiences and persectives it will give the kids. We didn’t want to throw them in at the deep end too much in a French speaking school and we felt that the large expat community in the Morzine area would help them transition into school and the language. Italy and Switzerland are both around an hour’s drive away, allowing us all exposure to other languages and cultures. The possibility for exploring a bit further afield to Germany, Austria, Belgium and beyond in the warmer months is also an exciting prospect.

Another pull is the fact that Morzine/Les Gets is a major mountain biking hub in the summer. This means that as the snow starts to melt, rather than feeling depressed as it drips away, we’ll be getting excited about getting out on the bikes. There are loads of events taking place all year round, including Rock the Pistes music festival, Harley Davidson week, Crankworx in Les Gets (particularly excited about this one) and the penultimate stage of the Tour De France ends in Morzine this year! So much exciting stuff to look forward to! That’s why Morzine! You can find out more on Morzine/Avoriaz’s Website.