Sunset picnic and the ‘killer cows’ of Pointe de Nyon. 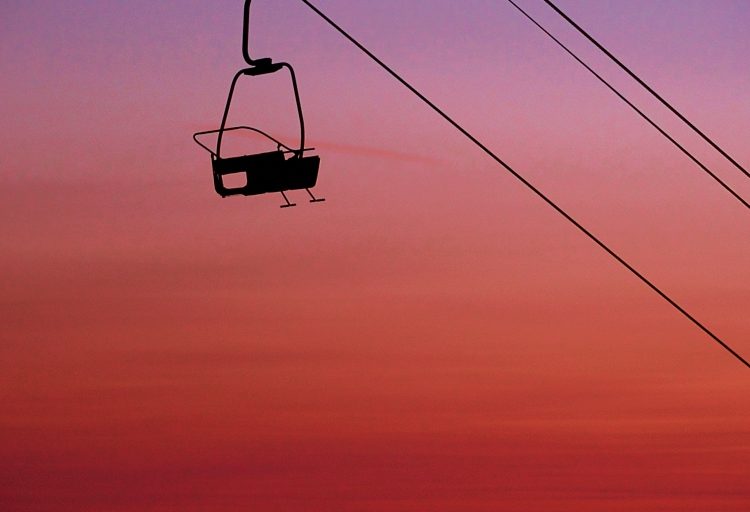 We attempted to drag the kids up to the Pointe de Nyon a couple of years ago but they ran out of steam and enthusiasm halfway up. This time… We nailed it! Making it up there, we ate our picnic watching a magnificent sunset from the Pointe de Nyon (2019m).

The plan was to hike up in good time for the sunset, have a picnic ‘tea’, watch the sun go down and then get as far down as possible before we needed to fire up the torches. Having spent 3 hours in the High Ropes Adventure Park in Morzine that afternoon, the kids and I were already pretty zonked, so this could be a challenge!

Driving up from Morzine towards the Col du Joux Plane, we hung a left just after Les Praudins and parked up on the Nyon Plateau near Infernos.

Our chosen route wasn’t the most interesting, starting on a track then zig-zagging up the La Combe ski run. We dangled M&Ms in front of the kids to coax them along and up the much steeper Aigle Rouge piste.

Plodding on, we stopped here and there for water and bribery biscuits before eventually reaching the top of the La Pointe chairlift. Here, we got onto a proper footpath for the last few hundred metres to the summit. We took the left fork and within a few minutes were being treated to magnificent views of the Haute Savoie and over to Mont Blanc.

The kids were super-impressed, with the views AND their achievement! We see Nyon most days on the school run and for them to be looking back at our place from here for the first time was pretty cool. It was chilly though and we donned every spare garment while we got busy drinking in the views. We had a rather civilised picnic around the trig point/summit map ‘table’ thingy.

As we munched, we gazed out at Mont Blanc, the Dents du Midi and the Dents Blanche, Morzine, Roc D’Enfer, Nantaux, Ressachaux and Hautes Forts… Magnificent!

The sun eventually dipped and fizzled out beyond Roc D’Enfer, we gathered up our stuff and set off on the descent. It was great to see the kids all giddy and excited because sometimes it feels like we’re forcing them to do something they don’t want to do. However, it becomes apparent that they do enjoy the challenge, they do appreciate the scenery and the nature, and they do feel the satisfaction of the accomplishment and the fact they’re doing something a bit out of the ordinary.

We arrived back at the top of La Pointe chairlift and took more snaps before slipping and sliding back down the steep ski slope. Zig, zag, “can I have an M&M?” zig, zag, “I’ve got a blister”, zig zag, “it’s too dark!”, zig zag, torches out, zig, zag… You get the picture! The kids were getting tired and as we rejoined the track back to the van, the nearby cowbells in the pitch-darkness sent Iz into a massive wobbler.

In an attempt to diffuse the panic, I cracked an extremely ill-gauged joke about the ‘killer cows’ of Point de Nyon which didn’t go down well. Eek! I just hope it isn’t the seed of lifelong bovinophobia! Parent fail No. 762 added to the list!

Iz didn’t want to hang about and grabbed my hand, frog marching me toward the safety of the cattle grid. We left Nina and T behind bringing up the rear.

As we turned back in the safe-zone to wait for them we heard a distinct increase in cowbell activity!

Nina had decided it was a great time to demonstrate to T how torchlight reflects off animals’ eyes! Indeed it did… and either the cows weren’t fans of being dazzled at bed-time, they thought there was food on offer or they were indeed the killer cows of Point de Nyon. Either way, they’d broken into a mass stampede to investigate the lights!

Nina and T didn’t hang about to find out and legged it to join us beyond the cattle grid. We decided to get a wriggle on before we caused any more cow-based psychological damage. Thankfully, they were so exhausted, they were fast asleep after the first few bends on the drive home.

All in all, a brilliant family night out and luckily (touch wood) we haven’t heard a peep about killer cows ever since…

Our summer biking in the Portes du Soleil.
Best places to go for a winter drink in Les Gets w...
Well hello there!.. Long time no see!
Aaaand… We’re off! Opening weekend 201... 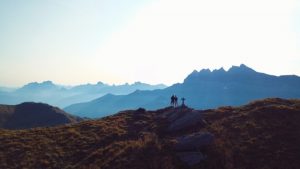