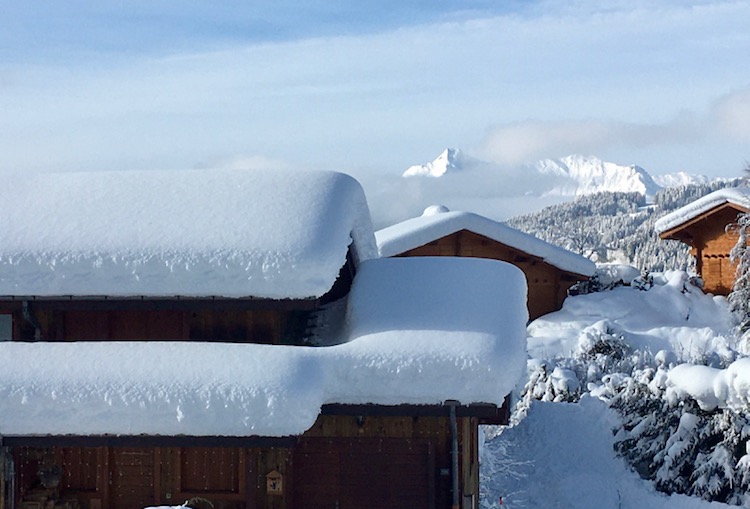 We woke to a rather subdued atmosphere here today (Friday). I’m not sure if it was just in our heads or in the ether but a couple of days of duller weather paved the way to last night’s Government announcement. As the implications of that sunk in, right on queue and for the first time in quite a while, it started raining!.. It must be the ether and it almost felt responsive…

As you’ve probably seen, the French Government announced on Wednesday that ski lifts in France wouldn’t open on 1st February and it would be highly unlikely that they would do so even in mid or late Feb. That announcement was quickly followed up by another one last night saying (roughly): ‘Actually, the lifts definitely won’t be opening in February and there’s a strong chance, not at all this season… It may be a ‘saison blanche”… White out – No season…

In all honesty, it didn’t really come as much of a surprise but when so many people’s livelihoods here and in other communities like this, are at risk, you’re always hoping that each shock wave won’t quite materialise.

The unknowing and uncertainty have almost been worse for a lot of people than just ripping the plaster off, accepting it and moving forward… But.. Nothing’s an easy call for anyone these days and it’ll probably be hard to ever quantify whether many of these decisions have been the right ones – even in hindsight.

Ah well… As always, peace, love and good wishes from us to everyone who’s having a crappy time for whatever reasons… And to those of you who are not!

We’re firm believers that some good stuff usually bubbles out of the bad though and that rain could be a fine example. After a few weeks of awesome snow, cold temperatures and a few chunks of sunshine, all that ‘good stuff’ crescendoed into a pronounced and significant avalanche risk.

There’s been slips locally, including one near the Yeti run in Les Gets and several rider-triggered tragedies across the Alps. There was even a very personal post from Xavier De La Rue doing the rounds on Facebook this week who sadly witnessed the death of his friend in Verbier a few days ago.

Whilst the rain might seem a bit drab and depressing in comparison to that white fluffy pow, blue skies and sunshine, it’ll hopefully be getting to work in places, permeating and consolidating the snowpack, strengthening weak layers and preparing it for the next dumps of snow. That is in theory though and there’s an awful lot more to it than that so always check the analysis of the experts, (click on the risk symbol to open the longer bulletin), get training, monitor conditions, look out for the tell-tales, get the kit, learn how to use it, keep learning and keep practicing. That’s a note to self as much as a note to anyone else.

The next dumps are coming this week. We talked about ‘Sod’s Law’ in the last post and true to form, with lifts closed and travel restricted, there’s supposed to be more on the way.

Before the last few days of drabber weather, Nina and I skinned and shoe’d into the Ranfoilly bowl and round towards the Col De Joux Plan to grab some exercise, photos, vids and a bit of boarding-buzz before the cloud arrived.

I had hoped to insert a stunning drone video here of blue skies, bags of snow, stunning mountain scenery and familiar parts of your favourite mountain playground. But – due to a tech malfunction, or a brain malfunction… I don’t. D’Oh!

I’d been excited all week to sit down and edit what I thought looked like some great footage but when I finally coaxed the drone and computer into talking to one another, there was nothing. Apart from one measly clip where I nearly crashed it into a tree!

Ah well, onwards and upwards… Actually, maybe ‘the ether’ decided it was a bit tone-deaf right now and wiped it… Who knows?.. Most likely I simply forgot to press record. 😬😳🤣

While I’m on the subject of ‘non-physical’ influence in the physical world, if you’re looking for your next curfew/lockdown binge, check out ‘Surviving Death’ on Netflix. Best watched with the lights on and with company in the house in my opinion. 😱🤣 It looks into near death experiences, mediums, all that kind of thing and the finale on past lives is quite frankly, mind-boggling!.. Amazing and exciting! Enough said, don’t want to spoil it for you… Enjoy. Bwahahaha! 👻